A downloadable game for Windows, macOS, and Linux

Pyre is a party-based RPG in which you lead a band of exiles to freedom through ancient competitions spread across a vast, mystical purgatory. Who shall return to glory, and who shall remain in exile to the end of their days?

***macOS users please make sure to move the Pyre Application from your Download folder to your Application folder if you're experiencing any issues on boot.***

In order to download this game you must purchase it at or above the minimum price of $19.99 USD. You will get access to the following files:

Supergiant Games does it again. You always know what you are going to get from them - a fun original game with great soundtrack and Linux support. Very nice of them to gift this to the bundle for racial equality. I enjoyed this game a great deal.

"Headers Error" when trying to extract the Windows ZIP with 7-ZIP. What's going on here?

Linux version wouldn't run without a minor update to the shell script to launch it.

Have to add an export statement:

This was found on the GoG forums: https://www.gog.com/forum/pyre/you_may_have_trouble_running_this_from_the_termin...
Reply
Hsdeblauwe44 days ago

10/10 game.  Gorgeous art and game design, super fun and well-balanced battle system, and an engaging storyline that really got me invested in my party and our goal!

hey i need some help, the game can't seem to recognize my controller (i'm using xbox 360) does anyone have a solution to this?

This game is for real, one of the best games I have ever played in my entire life (gamer for over 20 years now), let me tell you why.

Truly beautiful! Every little detail is worked to the maximum. From a small glimmer on the characters' eyes, to the absolutely gorgeous maps. This game presents to you mini art pieces. If you like beautiful games, this is the one for you.

Each character has its own backstory that, alongside other parts of the lore, are discovered by you as the game goes by. However, even before learning about the unjust causes for which they were thrown into exile, you are already connected to each one of them.

More than this, you learn how even the villains have their reasons and you end up emphasising with them.

At each step of your quest, you unlock a few pages from The Book of Rites, learning more and more about the past and present. At each such step, it feels like a small achievement. I have read each single page of the book and I simply loved the tale of the Scribes.

Each of the 8 scribes were united together in exile and created the Rites for the seek of freedom. They gave their freedom so that other exiles could have a chance of being free. Each scribe also killed a titan. Landmarks mark the location of such feats, the same location where the Rites are conducted. Each scribe has also their own team, who fight under their respective scribe's coat of arms and values.

The most impressive thing is that the Scribes and Titans do not appear in the game, just as statues and landmarks. Despite of this, you can clearly see the history in front of you just by reading about it. Not playing the scribes story and not watching a cutscene about them do not make you feel like you are missing a part of the game.

The gameplay is fluid and the controls are easy to grasp. If you play on normal difficulty, it will be fun, but easy. It is fast just at the right amount.

The multiple characters also introduce a nice variation to each match, changing your strategy ever so slightly. Moreover, the talents and items make a great addition to the game, making it feel like a true RPG.

I left the best for last.

The sound track makes this game a masterpiece. I do not recall a better soundtrack in all my years of gaming. At times, it seemed that Darren Korb had minutely crafted the track for my exact actions. It seemed that the soundtrack was the center of it all and everything else was built to accommodate it. I have never felt like this playing any other game before (except Guitar Hero, obviously).

The soundtrack is so good that I bought the other games (Bastion, Transistor, and Hades) just because Darren Korb is the composer for those games too. I listen to the albums while working. They're soothing and relaxing, but also uplifting. If you have read my review up to this point, stop what you are doing and listen to Pyre's soundtrack on Spotify or YouTube, you won't regret it. Listen to "Vagrant Song" right now!

The cherry on top is the credits track ("Bound Together"). I got the chills. The duo with Ashley Barrett is perfect. It tells the story of each character in such a graceful way. It's elegantly written. Seriously, it is the perfect trophy for finishing the perfect game.

Very well done, Supergiant! This is a brilliant game.

Pyre is a fantastic journey with very tense and exciting realtime tactical "sports" combat, an intriguing story and some cool choices over the course of the campaign, which affects your progress and playstyles. The art style is fantastic and compliments the characters and this weird and original mix of a colorful and dark background theme very well, its just incredbly beautiful, solemn and polished. This is definitely one of the best games in the bundle, but it also might swallow you up hole as this isnt an affair you'll be done with in a single evening. Very wholesome and worthwhile package with characters you'll remember long after the game is over and a lot of fun to be had during the matches. 5/5

I'm getting a crash on launch under Windows 10:

Anyone know the fix?

Found the fix, in case anyone else has the same issue:

The game keeps crashing on Mac OS. Can't even get past the tutorial. Disappointing.

It's working for me just fine. I'm on High Sierra though. (The last decent macos update.)

First thing I must say, I bought Pyre from the racial justice bundle and I really didn't expected they included such a game like Pyre. I wanted get this game since I finished Transistor.

I payed lower price for the bundle and I'm now really shamed and I want to buy this game again if I could, I really respect and admire Supergiant games that created this master piece, like perfect.

Thank you so much Supergiant games and I feel bad with it.

I can relate. You could always do what I did and buy the soundtrack - it's even on sale right now on Steam!

I really want to try this out but for the life of me I cannot get Pyre to start. I'm on Windows, I've tried to open as administrator. :(

I solved the problem by downloading with microsoft edge instead of google, in case anyone else has this problem.

How do you switch from KB-M to gamepad? Specifically, I'm using Nintendo Switch Pro controller. Normally, when I play games on Steam, it is automatic once I connect the controller to my pc. However, it doesn't work for this case.  The controller icon in the controls menu is greyed out and cannot be selected.

One solutin is to add Pyre to your Steam Library, that way your gamepads configs will apply to Pyre once you rune it via Steam Launcher

Is it just me or is the pyre-linux.zip version corrupted? I've downloaded it twice, and both times I couldn't even open the zip file.

It seems to be OK here.

I use the command line tool unzip to extract the archive contents, with no issue to report. After the extraction, the game runs as expected.

Thanks for the feedback. I checked the md5, and it was correct. I tried unzipping it from the command line, and didn't run into any problems. The issue only occurs when I try to unzip it from within Nautilus (Mint). Thanks for the help.

I'm adoring Hades- so I decided to try some of the other stuff you guys have got. Looking forward to playing through this.

I downloaded the Windows version, and when I try to extract it, it is telling me I don't have enough space - that it needs 931 GB! Anyone else encountering this?

yeah not that exact amount but I can't get it to extract for shit. 9GB is supposed to be the minimum, i have much more than that free but the error comes up every time

I had the same problem, and I got around it using 7zip. Maybe try that or another third party extraction tool.

Hey! Every time I  download this game (Mac), I get a message saying access to the path "" is denied, does anyone know how to fix this?

I am getting the same error

I am also getting the same error. I contacted supergiant support and hopefully will hear back  soon.

I believe this is a different issue than that, I have done that for many of the other games, but this is not the same. Thank you for your help though!

I also got this error.    It resolved when I copied the application from the folder created in Downloads over to the Applications folder.

This solves the problem!! Thank you!!

Also worked for me, thank you!

I love you, Supergiant Games ^^

thanks. Love the game. Also Bastion.

Is the soundtrack also coming here?

For a DRM-free lossless soundtrack, the one available on Bandcamp is probably the best way to support Supergiant Games: Pyre: Original Soundtrack

It might not be obvious (you need to read the fine print to notice it), but it actually comes with the soundtrack expansions The White Lute and The Black Mandolin. 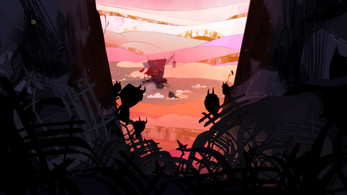 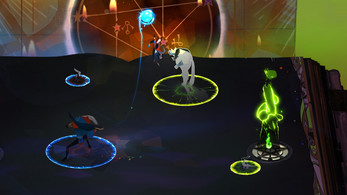 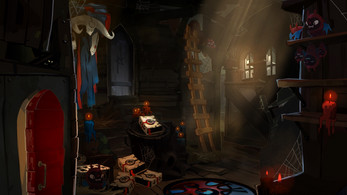 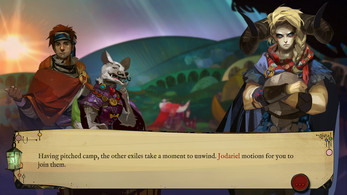 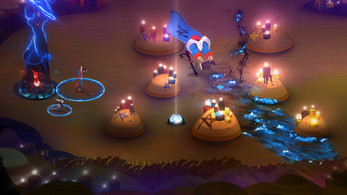 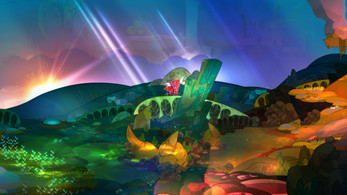 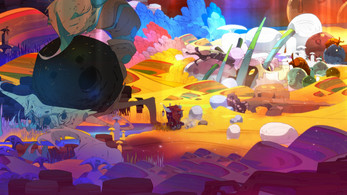 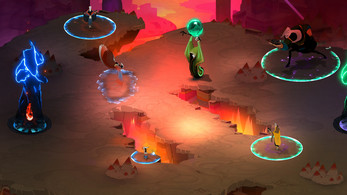 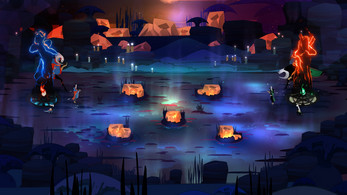 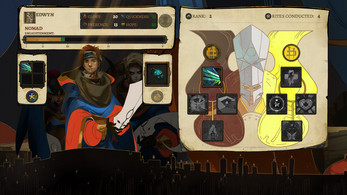 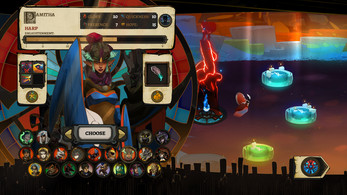